skip to main | skip to sidebar

Having the feeling you are going mad is not the most pleasant of feelings. Being conscious of it and thinking one is powerless to stop it is pretty damn scary. That was the last few months for yours truly.

On February 27, 2006, I scrambled together my last ounce of sanity and found a smidge of courage to take my ass to a retreat centre in Arnprior, Ontario. For the next 10 complete days, February 28 - March 9, I was in silence and solitude. 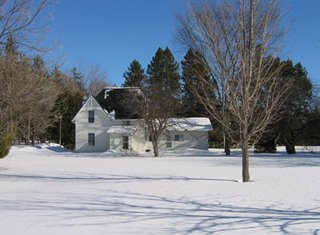 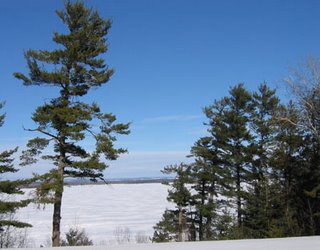 The beautiful thing about silence and solitude for me is it forces me to come face to face with my reality. There is no place to run, hide, or escape. All the scary places become your companions. Only when you befriend them do they lose their ability to kill you.

Over the next few weeks, I will be writing about some of the insights that came to me. While on retreat, I hand-wrote 80 journal pages and will share a few here. For anyone wrestling with some monsters I suggest a retreat to help you begin a healing process.

I was first introduced to the retreat process when I was 24. At that time, I was studying to be a Roman Catholic priest. Over the next four years, I went on a retreat twice a year. After leaving the seminary to explore life in a better way for me I gave up on all things Catholic and Christian.

In 1996 I decided it was important not to throw the proverbial baby out with the bath water. I realised that retreats were nothing about God or religion but about finding ones balance and learning to live a little more in harmony with oneself and the world. So in 1996 and then in 1998 I went on one retreat each year.

In 2001, my life fell so completely apart that I badly needed a retreat but did not have the mental clarity to realise it. Now here we are in 2006 and something inside of me told me my life was out of control and I had to do something about it.

The answer that came to me was, "Go on a retreat!" So began my 12 days of reconnecting with and in some cases finding myself.
Posted by Joshua Kreig at 1:08 PM